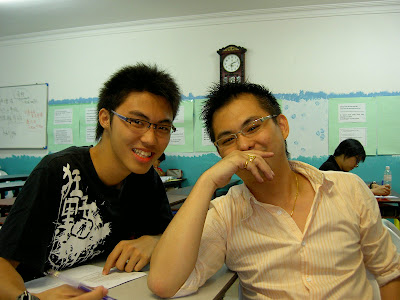 IPOH: One male Tunku Abdul Rahman University (Utar) student was found dead and two others still missing after they were swept away at the waterfalls at Batu Berangkai picnic area in Kampar about 5.30pm Sunday.
Perak Mentri Besar Datuk Dr Zambry Abdul Kadir said the male student was found at 10.20pm about 300 meters from where he was last seen
However, he declined to identify the victim. He also thanked the villagers who helped to find the boy.
The three students were earlier identified as James Khor Wan Kai, 20, from Penang, Yew Ghim Chnieh, 20, from Penang and Yew Shy Gin (female), 19, from Kedah, by Datuk Dr Mah Hang Soon State Health, Local Government, Consumer, Environment, Transport and Non-Islamic Affairs Committee head.

Dr Mah said he had spoken to a fourth student who told him that the three boys and the girl had gone to the waterfalls at about 5pm. Two boys and the girl went into the water first.
The fourth student, a male, was about to enter the water when a strong gush of water tumbled him in. As he struggled to scramble out, he suffered cuts and bruises.
Fortunately, a Kampar resident rushed over, pulled him out and took him to the Kampar police station to lodge a report.
According to Dr Mah, the 22-year-old second year Accountancy student from Kuala Lumpur declined to be named and did not wish to speak to reporters.

Police alerted the search and rescue team at 5.45pm.
At 11pm, search and rescue efforts were still going on with the help of nearby villagers.
Anthony Tan 俊銘。陳 at 十一月 01, 2009
通过电子邮件发送BlogThis!共享给 Twitter共享给 Facebook分享到Pinterest

My partner and I really enjoyed reading this blog post, I was just itching to know do you trade featured posts? I am always trying to find someone to make trades with and merely thought I would ask.

Pretty nice post. I just stumbled upon your blog and wanted to say that I have really enjoyed browsing your blog posts. In any case I’ll be subscribing to your feed and I hope you write again soon!

Welcome to My Movie World